Back To Film Guide
To purchase tickets, click LOGIN above and either log in or create an account.
If tickets are no longer available for a screening, check out our Rush Lines policy.
10/15/23 - 12:00 PM
SHELTER ISLAND
BOX OFFICE / TICKETING 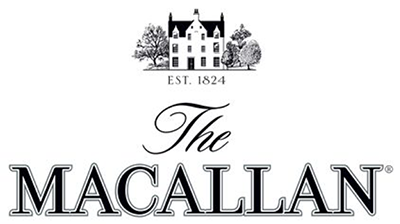 The Dick Cavett Artistic Champion Award will be presented at a HIFF30 luncheon on Saturday, October 15, at The Pridwin on Shelter Island, followed by A Conversation With Mariska Hargitay.

Note: You must have a ticket to this event; passes will not provide access. There will not be a Rush Line for this event.

Mariska Hargitay is best known for her role as Captain Olivia Benson in NBC’s LAW & ORDER: SPECIAL VICTIMS UNIT, for which she won an Emmy Award for Outstanding Actress in a Drama in 2006.

In addition to her decades-long career as an actor, Mariska Hargitay is a fierce advocate and activist. In 2004, she founded the Joyful Heart Foundation, a nationwide non-profit, to support and advocate for survivors of sexual assault, domestic violence and child abuse. Joyful Heart’s array of programming has included initiatives to support the mental health needs of trauma professionals, engage male survivors, and bring awareness and reform to the nationwide rape kit backlog. Earlier this year, Joyful Heart deployed EndtheBacklog.org, the first-of-its-kind web resource to track state by state rape kit numbers and backlog reform status.

In 2017, Hargitay executive-produced I AM EVIDENCE, an Emmy-winning documentary feature on the rape kit backlog, which received the Victor Rabinowitz & Joanne Grant Award for Social Justice at HIFF25. The film tells the stories of survivors whose rape kits remained untested for years, as well as the law enforcement officials leading the charge to pursue long-awaited justice in these cases. Joyful Heart was the social action campaign partner for the film. Hargitay also co-produced EMANUEL, about the murder of nine churchgoers at Emanuel AME Church in 2015, and executive produced MY BEAUTIFUL STUTTER, about the attendees at Camp SAY, a summer camp for youth who stutter.

Hargitay has been honored with many awards for her advocacy, including the New York State Coalition Against Sexual Assault Special Ally Award, the Good Sister Award for Advocacy at the Children’s Advocacy Center of Manhattan’s “100 Women Against Child Abuse,” and a Muse Award from New York Women in Film and Television. Most recently, she was named a Woman of the Year by Glamour.